If your Finnair flight was delayed or canceled, you might have the right to compensation under European Regulation EC 261. The amount of compensation is up to 600€ ($700).

Heavy domestic or international traffic often leads to delays or cancellation of Finnair flights. Sometimes, Finnair passengers also face denied boarding problems due to oversold flight tickets. As Finnair is registered with the EU norms and regulations, all passengers who face odd situations due to Finnair flight cancellations or delays can claim compensation under EC Regulation 261/2004.

EC Regulation 261/2004 is a European Union Regulation which entitles you to claim compensation up to 600€ if your flight was delayed for more than 3 hours, canceled without prior notice of at least 7 days, or you were denied to board your flight due to overbooking.

You can also demand a refund or get money back from the airline if you’ve missed your connecting flight or an international flight due to current flight delays or any technical or mechanical issues that the airline could easily control.

Flight delays, cancellations are usually common problems faced by Finnair flight passengers. There are also cases of denied boarding when an air passenger is not allowed to board the flight due to oversold flight seats.

In such cases, European Union introduced EC Regulation 261/2004, which entitles air passengers to claim compensation for flight delays of more than 3 hours, canceled without prior notice, denied boarding due to an overbooked flight. You may also claim compensation for delayed flights when you were offered a re-routed flight or an alternate flight in case of flight cancellations or an overbooked flight that gets delayed for more than 3 hours on arrival.

You can demand a refund from Finnair if you missed the connecting flight due to first flight delays or flight route changes. If you have lost baggage or luggage at the airport, you can also demand compensation from airlines. To get more information, you can visit the Finnair website.

If your flight is delayed for more than 2 hours, then you have the right to ask for reimbursement that is “right to care” where the airline should give vouchers for food and drink, access to phone calls and emails, hotel accommodation for overnight flight delays, and transportation between the airport and the hotel.

How much can I claim for Finnair delayed flight?

The amount of compensation varies between 250 to 600 Euros depending upon the length of the delay and distance of your flight.

The table below shows the receivable compensation that you can request for Finnair delay claim:

EC Regulation 261/2004 (dated 17 February 2005) applies to air passengers departing from any EU airport or from a non-EU airport with an EU airline to an EU destination. Passengers must note that flight compensation is subject to certain conditions and exceptions.

If you are the air passenger who traveled with Finnair, and your flight was delayed or if your flight gets canceled (without any prior notice) or for reasons which could have been easily solved, then according to Regulation (EC) No. 261/2004, you can claim up to €600 as flight compensation. This considers the distance you traveled both within Europe and outside Europe and the time for flight delay, which should be more than 3 hours.

Am I Eligible To Claim Compensation?

EC Regulation 261/2004 is a European Union Regulation, it applies to EU flights, and Non-EU air carriers for flights departed from EU airports. You do not have to be an EU citizen to claim flight compensation.

Thus, you can claim compensation for flights that departed or were scheduled to depart from an EU airport.

We have established ClaimFlights which has a specialist in claims of EU compensation. The claim expert team helps the customers and provides all the information to file the claim against the airline. The customers can talk to our legal experts if they have any queries through our website. Along with that, all the other information related to the passengers’ rights is available on our website.

The passengers can also use one of the most useful tools: our compensation calculator, which provides the exact compensation amount to the customers. It gives a clear idea of the amount they can get from the airlines. Besides that, our website contains all the information and the step-by-step process of filing the claim.

How To Claim Finnair Flight Disruption Compensation By Yourself?

You can use our free claim letter template to write the letter to the airline to claim compensation for your delayed, canceled or overbooked flight under EU Regulation 261/2004. EC Regulation 261/2004 entitles European Union air passengers to claim up to 600€ compensation for a flight delay of 3 hours or more, flight cancellations, or denied boarding.

You can claim financial compensation with our assistance by filling the claim form. You may need to enter further details about yourself and co-passengers for whom you would like to claim from Finnair Airlines. Our claim expert team can file the claim on your behalf and pursue it with the airlines.

Air passengers are charged only in case they get compensation from the airline. You can compare the claimable compensation amount provided against other claim companies. ClaimFlights takes up your case on a No Win No Fee basis and makes sure that you get the right amount at the right time.

Finnair is one of the biggest airlines of Finland, which was established in 1923 as an Aero O/Y. Finnair IATA code “AY” was originated from Aero Yhtio. Finnair has its headquarters in Vantaa, and its main hub is at Helsinki Vantaa airport. And other hubs are located at Brussels Airport and London Heathrow Airport. The Finnish government owns 55 percent of Finnair airline shares. Finnair Group is the parent company of Finnair Airlines.

Finnair happens to be one of the safest airlines in the world. It has not suffered any fatal accidents since 1963. It also has the distinction of being the first airline to fly non-stop flights from Western Europe to Japan and Europe to China. 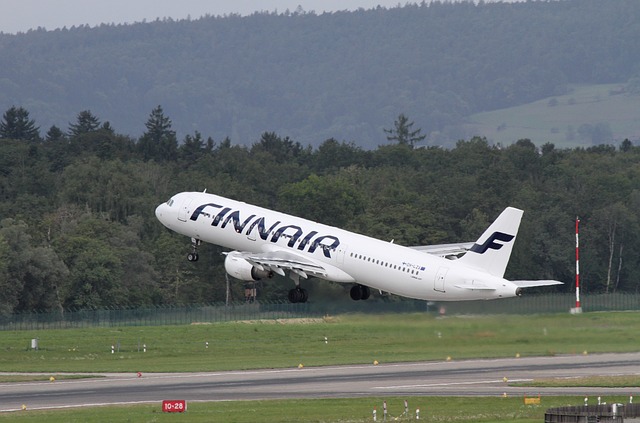 Finnair fleets include Airbus and Embraer aircraft. Finnair lounges are located at Helsinki-Vantaa airport. It is a huge airline with over 4500 employees and has heavy domestic and international traffic. It carries over 10 million passengers to more than 100 destinations across Europe, Asia, and North America.

SkyTrax, which rates airlines based upon their performance and customer services have rated Finnair 6 out of 10 stars reviewed by more than 760 customers as of April 2021. In terms of Food & Beverages, Inflight Entertainment, Seat Comfort and Value for Money they give 3 stars out of 5 and for Staff Service they give 4 stars out of 5.

Finnair airlines has frequent flyer programme “Finnair Plus” for their regular air passengers who flies frequently, were passengers can earn rewards or points against their flight tickets.

But most of Finnair flight passengers says that they have faced problems such as luggage or hand baggage delays, flight cancelled without providing reason, poor quality foods and services and small leg room with small seat.