If your Lufthansa flight was delayed or canceled, you may be eligible for compensation of up to €600 under EU law. We can assist you with compensation from Lufthansa Airlines on a “No Win No Fee” basis.

Check the amount to claim in just 2 min.

CHECK COMPENSATION
In this guide, you will get to know when and how to claim compensation for Lufthansa’s delayed, canceled, or overbooked flights following EU Regulation 261/2004.

When Can You Claim Compensation from Lufthansa Airlines?

If your flight is delayed or canceled, and you are still wondering whether you are eligible for compensation or not, then ClaimFlights can help you inform of your rights.

Under EU Law, if your Lufthansa flight delays for more than 3 hours at the final destination, you may claim compensation up to €600.

ClaimFlights files the case on your behalf following EU passenger rights regulation, which states that you are entitled to compensation for Lufthansa flight delays or cancellations.

You can even get money back for missed connection or in case, the inconvenience was caused by the flight being overbooked due to overselling of flight tickets.

ClaimFlights can help you also calculate the compensation amount that you can claim from Lufthansa Airlines.

How much can you claim for Lufthansa flight delays?

The amount of compensation to claim from Lufthansa Airlines is between €250 to €600. It depends upon the travel distance and the length of the delay.

The table below shows the amount of compensation you may receive for Lufthansa flight delays.

Your Rights as a Lufthansa Flight Passenger

Was your Lufthansa flight delayed or canceled? If the answer is Yes, you might be entitled to Lufthansa compensation of up to €600 per passenger.

We here at ClaimFlights, help air passengers to request compensation for Lufthansa flight delays or cancellations.

Under the EU 261 rule, we will help you determine whether you are eligible for compensation for Lufthansa’s delayed flights or not and how much you can claim.

Our team of experts helps you to claim on your behalf. Continue reading the following guide to know how we can help you to claim compensation for Lufthansa flight delays, cancellations, or denied boarding.

Arriving at the airport with heavy luggage and getting to know that your flight has been delayed can be quite frustrating indeed.

Certainly, because Lufthansa is a European airline, all air travelers are protected by an EU law known as EC 261, which states that every passenger has the right to compensation for Lufthansa’s delayed flights that are more than 3 hours long.

According to EU Law, air passengers traveling with Lufthansa airlines are entitled to compensation for denied boarding due to overbooked flights and if their flight reaches the final destination with a delay of more than 3 hours or is canceled without any prior notice.

For Lufthansa’s long-hour delays for more than 3 hours, you could be eligible to claim financial compensation from the airline.

Under EU law, your rights to claim Lufthansa flight delay compensation depend on the following factors.

Lufthansa Airlines can cancel a flight for several reasons. If you have experienced flight cancellations, you could be eligible for compensation of up to €600 under EC Regulation 261/2004.

The amount of compensation is between 125€ and 600€ depending upon …

If your flight has been canceled without prior notice of at least 14 days, you could be entitled to Lufthansa canceled flight compensation.

If your Lufthansa flight gets canceled, you have two options to choose from …

If your alternate flight or re-scheduled flight delays for more than 2 hours, you could be eligible for compensation under EU law.

Whereas, for Lufthansa flight cancellations due to extraordinary circumstances, you are not eligible for compensation.

Under EU law, to be eligible for Lufthansa flight overbooked compensation, it is necessary that you did not give up your seat voluntarily and the departure or arrival should have taken place at the EU airport.

If you were offered an alternate flight or alternative transportation but reached the later than two hours at the final destination, you are eligible for compensation under EU law.

Sometimes the airline also offers travel vouchers to the air passengers who were bumped.

You may be entitled to Lufthansa missed connecting flight compensation under the European Union Regulation EC 261, if

If Lufthansa flight delays for more than two hours, passengers are entitled to ‘Right to Care’ assistance.

What if flight disruptions were caused due to Extraordinary Circumstances?

Examples of extraordinary circumstances include bad weather flight delays, natural disasters, political or civil unrest, acts of terrorism or sabotage, a threat to the safety of the flight or passengers, a passenger falling ill, etc.

Lufthansa Airlines, also sometimes called Lufthansa German Airlines. It is one of the largest airlines in Europe.

The corporate headquarter of Lufthansa Airlines is situated at Cologne Airport. In contrast, its principal operation base, also known as Lufthansa Aviation Center (LAC), is situated at Lufthansa’s primary traffic hub at Frankfurt Airport. Its secondary hub is at Munich Airport.

Starting the first flight with Convair CV 340 in November 1954, Lufthansa Airlines now operates more than 300 fleets to carry its passengers to worldwide destinations. Brussels Airlines is another major airline that is part of the LH group. 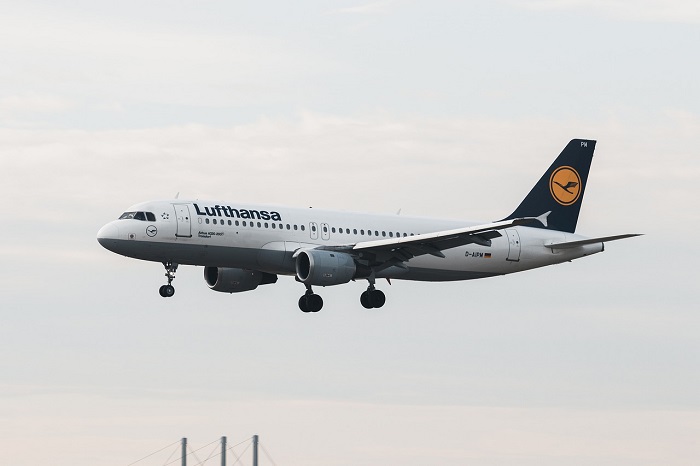 If your baggage is lost or delayed, you can report your loss on Lufthansa’s official website. Also, you
may claim up to 50% reimbursement for your belongings. For more information, check their website.

Lufthansa Airlines have been rated 6 out of 10 stars by Skytrax reviewed by more than 1900+
air passengers as of 07 June 2022. SkyTrax rates airlines based upon their quality, performance, and services.

What happens if you miss your connecting flight with Lufthansa Airlines?

Can I cancel my Lufthansa flight and get a refund for the canceled flight?

Yes, you can cancel your Lufthansa flight; a 24-hour cancellation policy allows a passenger to cancel their ticket within 24 hours of booking without any extra fee. If you cancel your ticket after 24 hours, you have to pay some cancellation fees, and the charges vary according to ticket type.

Am I Entitled to get a Lufthansa Flight Refund for delayed, cancellation, or overbooking?

Sometimes air passengers are not able to complete their travel due to flight delay, cancellation, or denial of boarding. In such situations, you can cancel your booked flight ticket and ask for a Lufthansa refund for a delayed flight or cancellation.

The Lufthansa refund policy entitles you to get a full refund if: