Was your British Airways flight delayed or canceled? For flight delays or cancellations, you could claim compensation or refund under European Regulation EC 261/2004.

When are you eligible for British Airways Compensation?

In an unfortunate event of flight delay or cancellation, European Regulation (EC) No. 261/2004 protects passengers by offering them compensation and assistance.

We at ClaimFlights help passengers who have faced such problems on a ‘No Win No Fee’ base. Thus, you are at no risk when you claim with ClaimFlights.

For British Airways flight delays you could be eligible for flight delay compensation or refund under EU 261 rule.

The rule says that

How much can you get for British Airways delayed flight?

The total amount you may get is based upon the length of the delay and distance of your flight. It varies between 250 Euros to 600 Euros.

The table below shows the amount of compensation you can request for British Airways delayed flights:

If your flight was delayed for more than two hours, passengers are entitled to ‘Right to Care’ assistance.

Flight cancellation is one of the most frustrating experiences for any air traveler especially when you were informed by the last minute.

Under EU law, if British Airways cancels the flight without prior notice of at least 14 days then you might be able to claim compensation or refund for it.

These are the two options available for you to choose from…

What if you miss your connecting flight?

In order to claim compensation for British Airways missed flight, it is necessary for you to book the entire journey under one booking reference.

You could be entitled to compensation for a missed connecting flight due to delay or cancellation, under European Union Regulation EC261,

Why is my BA flight canceled?

Flight cancellation occurs when British airways does not want to operate the flight due to some reasons, It could be anything such as bad weather, pilot strike, or any ‘Act of God’. But during the strike if any other airline is operational then British Airways should reimburse the flight ticket cost because the cancellation is due to their own fault.

Can you cancel your flight and get a refund?

British Airways has a 24-hour cancellation policy. If you want to cancel your British Airways flight, you are bound by the terms and conditions set out by the airline at the time of booking. You may get a refund of the flight ticket cost without penalty.

If you were bumped from a flight due to the overselling of flight tickets, then you may be eligible for British Airways bumped compensation between 250€ and 600€ for an overbooked flight.

Under the EU law, to claim for an overbooked flight,

Can you claim when it’s bad weather?

When it’s normal bad weather, and the other airlines are operational, you may claim for it. Whereas, when the situation is out of control, the airlines are not to be blamed for it.

These are known as ‘extraordinary circumstances’ which includes

British Airways (BA) is the second-largest airline in the United Kingdom with respect to its fleet size and passengers served. It is the flag carrier of the UK and is situated in Waterside close to its main hub at London Heathrow Airport.

BA likewise merged with Iberia creating International Airlines Group (IAG) on 21st January 2011. This merger made it the 3rd biggest airline as far as income in the world and the 2nd biggest in Europe. 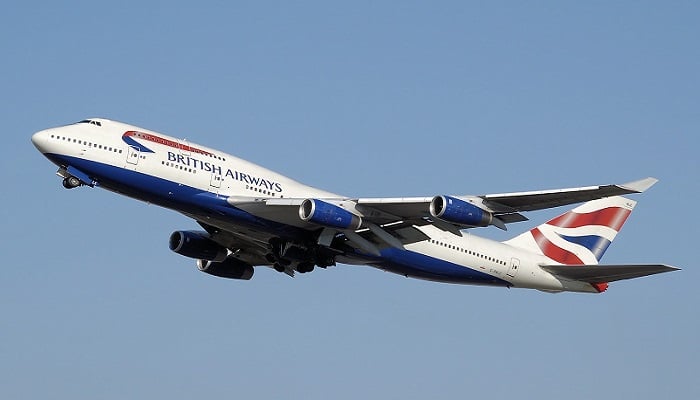