Flight delays or cancellations could be a headache, it can affect your travel plans. If any of such mishaps occurred, we could give you a little relief. Under EU law, you could be eligible for compensation for flight delays from KLM Airlines.

If you are entitled to claim compensation, we at ClaimFlights make sure to claim against KLM Airlines. We take your flight delay case on a ‘No Win No Fee’ basis, and even take your case to court at no extra cost.

To check if you’re eligible, you need to enter flight details in our free flight delay compensation calculator. To fill the KLM compensation claim form, it doesn’t take more than 2 minutes of your precious time.

Find out if you are eligible for compensation

If you have booked a flight with KLM Airlines, and the flight was delayed, canceled or overbooked, you could be eligible for compensation under EC Regulation 261/2004.

That’s what EU law states. EC 261 rule protects the EU air passengers and helps to receive compensation up to 600€ from the airlines.

What to do if your KLM Airlines flight is delayed or canceled?

For KLM Airlines flight delays of more than three hours or flight cancellations without prior notice of at least 2 weeks, you could ask for compensation.

When can you claim KLM flight delay compensation?

You are entitled to compensation if your flight with KLM Airlines was delayed for more than three hours at the final destination.

Under which circumstances am I eligible for KLM delays compensation?

How much can you claim for KLM flight delays?

The amount of compensation varies from 250€ to 600€. It depends upon the route distance and the length of the delay.

The table below clarifies how much you can claim for KLM Airlines’ delayed flight.

For 2+ hours departure delays, KLM Airlines must offer you …

For flight delays of more than 5 hours …

In addition to it you are entitled to compensation too, if you reached your final destination with a delay of more than 3 hours.

What to do if an airline offers travel vouchers instead of compensation?

The airline may offer you a voucher or coupon for your delayed flight but remember that these perks can waive off your rights. And, the voucher could have limited validity. Be careful, never accept a voucher, as it has some validity period and you may waste your money.

Can I claim KLM flight compensation due to bad weather?

What should I do before applying for compensation?

Was your KLM Airlines flight delayed?

While flight traveling it may happen that KLM Airlines could cancel their flight due to some reasons. But in this situation again EU Regulation 261 protects your rights.

If your flight was canceled without prior notice of at least 14 days, you may ask for flight cancellation compensation or ask for a KLM refund.

If KLM Airlines’s flight was canceled, you have two options to choose from …

If your alternate flight delays for more than 2 hours at the final destination, you could be eligible for canceled flight compensation.

How much can I claim for KLM flight cancellations?

If you were denied boarding due to overbooking, you may be eligible for overbooked flight compensation under the European Regulation EC261 up to 600€.

Whereas to claim compensation …

In case, you were offered an alternate flight of your choice but reached the destination later than two hours, you could ask for compensation.

You may be eligible for missed connection compensation under the European Union Regulation EC 261, if…

Does it need to be an EU citizen to claim for KLM Airlines' delayed flight?

Any person who faced flight delays or cancellations can claim compensation under the EU 261 law. You do not need to be an EU citizen to claim. You could claim if either departed from or arrived at, the EU member states’ airport with a delay of more than 3 hours at the final destination.

Here’s the table below to summarize …

How to apply for compensation for a delayed flight?

Why should you choose “ClaimFlights”? 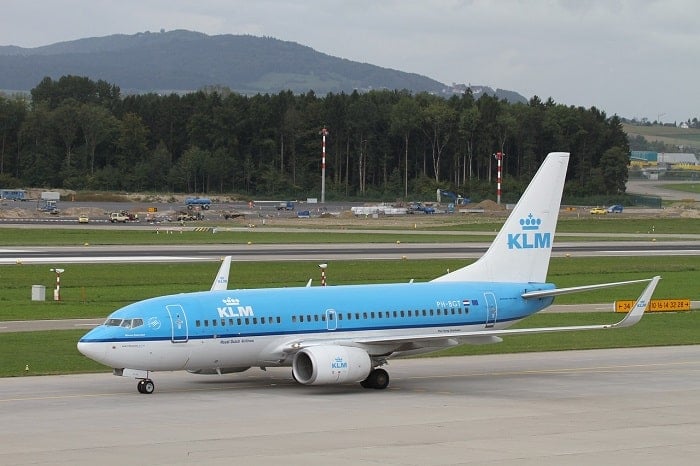 Its headquarters is located at Amstelveen, North-Holland, Netherlands. And, its hub is at Amsterdam Airport.

The subsidiaries include Transavia, KLM Cityhopper, KLM Asia, Cygnific and Martin Air. Its parent company is Air France-KLM Group, which is also a member of the SkyTeam airline alliance.

The current fleet size of KLM is 116. It serves 133 destinations in 70 countries.

If your baggage is lost or damaged while travelling at the airport you may contact the Baggage Service Office, and for reimbursement, you can contact the KLM Customer Contact Centre.

KLM Airlines have been rated 6 out of 10 stars by Skytrax reviewed by more than 1145 air passengers as of April 2020. SkyTrax rates airlines based upon their quality, performance, and services.

Choose Your Choice To Claim

Some hours of your time is spent

No cost risk, only pay if we win

Just 2 minutes of your time spent