At Roissy Airport, it may happen that sometimes your flight is canceled or delayed at the airport. However, Many Passengers do not know they are eligible for compensation up to 600€ under EU law for such mishaps. Here, you will find information about dealing with flight delays or flight cancellations at Charles de Gaulle airport.

If you are affected by the flight delays or flight cancellations at CDG Airport, worry you might be eligible to get compensation up to 600€.

Furthermore, inconvenience due to overbooking missed connecting flight due to delay or cancellation, or if flight route changes, are some other problems under which you can ask for compensation.

We here at ClaimFlights will help you determine whether you are eligible for compensation and how much you can claim.

Check how much you can claim using our free flight compensation calculator. Provide some necessary details such as flight number, flight date, and the reason behind the inconvenience and file a claim.

Under EC Regulation 261/2004, air passengers are entitled to compensation or refund from the airlines, if the airline was responsible for …

For Charles de Gaulle flight delays of more than three hours, you could be entitled to compensation up to 600€ under EU law EC 261.

Under EC Regulation 261/2004, you are entitled to financial compensation or refund for longer flight delays.

When are you entitled to flight compensation?

Let’s understand under what circumstances you can claim compensation and when you can ask for a refund.

How much can you claim for Charles de Gaulle Airport delays?

For flight delays over three hours on arrivals, you could be entitled to compensation up to 600€ (or £510).

The table below clarifies how much you can claim for Roissy’s Airport delayed flight.

If your Charles de Gaulle Airport flight was delayed to depart over two hours, you are entitled to ‘right to care’ assistance.

If you were informed about flight cancellations without prior notice of at least 14 days, you can either apply for a refund or ask for an alternate flight.

For Charles de Gaulle Airport canceled flights, you have two options to choose from …

If your alternate flight delays for more than 2 hours, you could be eligible for compensation under EU law.

You may be entitled to Charles de Gaulle missed connecting flight compensation under the European Union Regulation EC 261, if …

Charles de Gaulle Airport is also known as Roissy Airport, and it is the largest international airport in France and the second busiest airport in Europe.

It has a whopping capacity to handle more than 70 million air passengers, making it one of the world’s busiest airports and Europe’s second busiest airport after London Heathrow Airport. 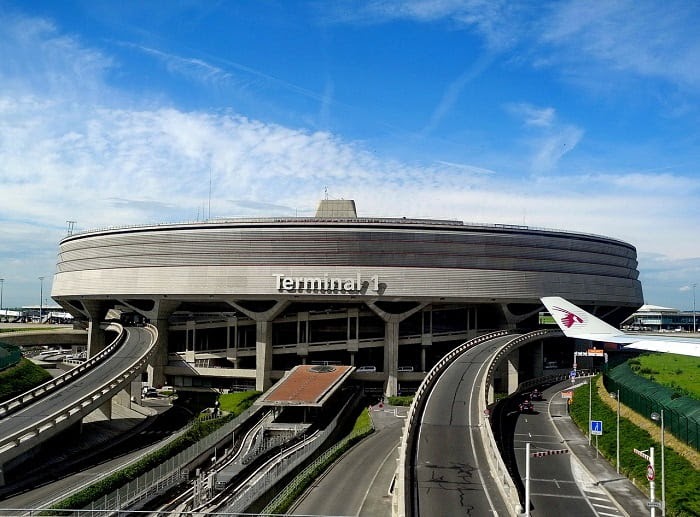 The IATA code of Charles de Gaulle Airport is “CDG,” and the ICAO code is “LFPG.”

It consists of mainly three terminals:

Terminal 1: This Terminal consists of a circular building that provides all the main services to passengers such as baggage claims, check-in counters, shops, Waiting lounge, and Restaurants. It is used by mainly Alliance Members except those who are already using Terminal 2.

Terminal 2: This Terminal is divided into seven sub terminals that are Terminal 2A to Terminal 2G. It is used by Air France, all SkyTeam and Oneworld Airlines, and some of the StarAlliance Members.

Terminal 3: It consists of one single building for arrival and departures, and is used for charter airlines and low-cost carriers.

Get all the latest news or updates on scheduled flights, CDG arrivals, departures, etc., on their official website.

Mainly the reason behind CDG Airport delays is extreme weather or air traffic congestion. In such bad weather conditions, or when it’s not your fault, you should check your flight’s status, speak to your airline crew, or look for your rights.