Was your Condor flight delayed or canceled? You could be eligible for compensation or refund under EU Regulation 261/2004.

We understand no one enjoys spending extra time at the airport. Flight delays or cancellations could be a headache, we could give you a little relief.

To check if you’re eligible, you need to enter flight details in our free flight delay compensation calculator. To fill the Condor compensation claim form, it doesn’t take more than 2 minutes of your precious time.

If you have booked a flight with Condor Airlines, and the flight was delayed, canceled, or overbooked, you could be eligible for compensation up to up to 600€ under EC Regulation 261/2004.

If you have faced such a kind of flight disruption, you can seek assistance from us, we at ClaimFlights make sure to claim against Condor Airlines. We take your flight delay case on a ‘No Win No Fee’ basis, and even take your case to court at no extra cost.

You are entitled to compensation if your flight with Condor Airlines was delayed for more than three hours at the final destination.

How much compensation am I entitled to claim for Condor delays?

The amount of compensation varies from 250€ to 600€. It depends upon the route distance and the length of the delay.

The table below clarifies how much you can claim for Condor Airlines’ delayed flight.

While flight traveling it may happen that Condor Airlines could cancel their flight due to some reasons. But in this situation again EU Regulation 261/2004 protects you in some form of reimbursement.

If Condor Airlines’s flight was canceled without prior notice of at least 14 days, you have two options to choose from …

If your alternate flight delays for more than 2 hours at the final destination, you could be eligible for canceled flight compensation.

If you were denied boarding due to overbooking, you may be eligible for overbooked flight compensation under the European Regulation EC261 up to 600€.

Whereas to claim overbooked compensation …

In case, you were offered an alternate flight of your choice but reached the destination later than two hours, you could ask for compensation.

Can I claim compensation due to bad weather?

Does it need to be an EU citizen to claim for Condor Airlines' delayed flight?

Any person who faced flight delays or cancellations can claim compensation under the EU 261 law. You do not need to be an EU citizen to claim.

You could claim if either departed from, or arrived at, the EU member states’ airport with a delay of more than 3 hours at the final destination.

Here’s the table below to summarize …

You may be eligible for missed connection compensation under the European Union Regulation EC 261, if…

Condor Flugdienst is a Frankfurt-based, German airline that is popularly known as Condor. “DE” is the IATA code of Condor Airlines.

Condor is a subsidiary of Thomas Cook Group which also has airlines operating in the UK, Belgium, and Scandinavia.

It was formed on 21st December 1955 as Deutsche Flugdienst GmBH and began operating on 29th March 1956. It also has its alliance with Lufthansa Group in Germany. 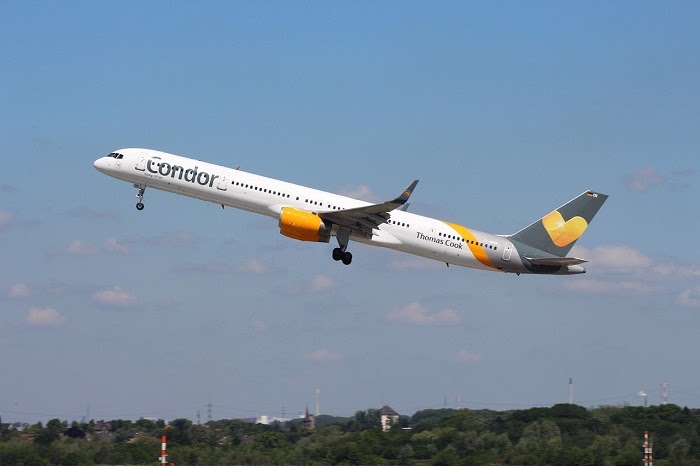 The current fleet size of 53 aircraft which serves 10 domestic and 91 international destinations across 36 countries.

Condor Airlines provides online check-in service for easy and hassle-free check-in starting from 24 hours prior to the scheduled departure time of the flight to and close 2 hours before take-off.

Passengers can check-in easily at home or at the office and can print a boarding pass in advance or load it onto your device as a mobile boarding pass.

Condor Airlines have been rated 4 out of 10 stars by Skytrax reviewed by more than 344 air passengers as of September 2021. SkyTrax rates airlines based upon their quality, performance, and services.