For Boston Logan Airport flight delays or cancelations, you may have the right to compensation under EU Regulation 261/2004.You may claim up to 600€ ($700) from the airlines.

Have you ever been affected by Boston Logan Airport delays or cancellations? As an air passenger, you are covered under EU law 261, if your Boston Logan flight delays or has been canceled. In such cases, you could be entitled to compensation or refund.

You may be eligible for Flight delay compensation if ……

How much can I claim for Boston Logan Airport flight delays?

Under EU law, in these cases, you could receive compensation, if the airline was responsible for …

Whereas, if the disruptions were caused by something beyond their control, the airline is not obliged to pay compensation.

Examples of such circumstances include:

Under EC Regulation 261, for longer flight delays you could be entitled to compensation or refund based upon the length of the delay and travel distance.

If your flight departed from an EU airport and delays on arrivals at Logan Airport for more than 3 hours, you could be entitled to compensation up to 600€.

You can also claim for EU-regulated airlines’ flight departed from Logan Airport, but reached the destination in EU later than 3 hours.

You booked an EU-registered airlines’ flight and it gets canceled at Boston Logan Airport without prior notice of 0 to 14 days, you may ask for flight cancellation compensation or a refund.

Does the EU 261 rule apply to Boston Logan Airport flights?

In terms of passenger volume and cargo handling, it is the largest airport in Massachusetts & New England. It is also the 16th-busiest airport in the U.S., with passenger traffic of more than 42 million as of 2019.

Boston International Airport is a hub for Delta Air Lines and Cape Air as well as a focus city for JetBlue Airlines. 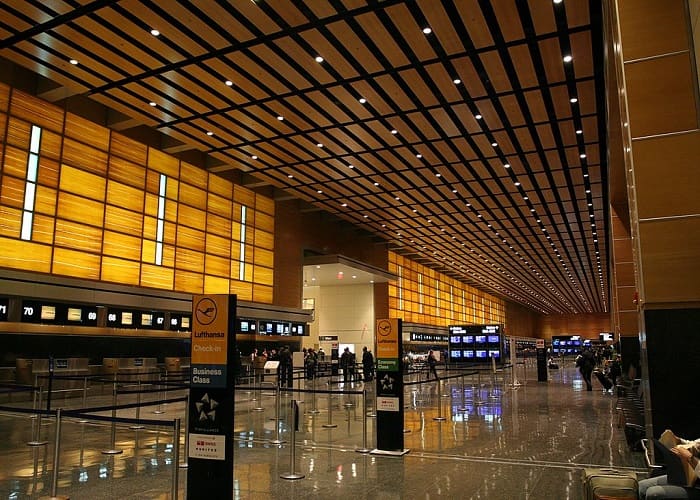 The airport has 4 passenger terminals and 6 runways: Terminal A, B, C, and E which are located at the North, South, and East points of the airport.

All four-terminals are connected to moving walkways. There is also a pre-security shuttle bus that is connected to every terminal and MBTA station.

Terminal A is divided into the main terminal and satellite terminal that is connected by an underground walkway. It’s used by Delta Air Lines and WestJet airlines. It also has 2 Delta Sky Clubs.

It operates non-stop flight service to the U.S., Canada, Mexico, Latin America, the Caribbean, the North Atlantic region (including Bermuda and the Azores), Europe, Africa, and Asia.

How to get to Boston Logan Airport?

There are several means of transportation facilities available at Boston Airport such as Boston Logan Express, car rental, taxis, limos, shuttles also water transportation by water shuttle or water taxi and many more.

You can use the Boston flight tracker to check the up-to-date flight status of all BOS Airport arrival and departure delays for better time management.

The airport has several security checkpoints. Those are operated by the Transportation Security Administration (TSA). TSA monitors the length of the security line and tries to maintain the wait time less than 15 minutes to avoid problems.

Security checkpoints open 1 hour before the first departure of the day and when checkpoints close, passengers are required to stay in the public and pre-security areas.

For more details on specific checkpoint operation hours, you can check with your airlines or TSA.

Skytrax rates airlines and airports based on the quality, services, and performances. Boston Logan Airport has 4 stars out of 10 based on its 142 reviews.