ClaimFlights » Are lighters allowed on a plane? Know all About

Are lighters allowed on a plane? Know all About

Airlines, in general, are strict about taking cigarette lighters on the plane.

There are certain rules which have to be obeyed while carrying a lighter, match and cigarette, led by the United States Department of Homeland Security Agency TSA (Transportation Security Administration). The rules set by the TSA ensures the safety of the people, thereby letting the situation ease on both sides.

So, let’s begin with the TSA lighter rules.

Important: For flight delays of more than 3 hours, you could be entitled to claim flight delay compensation up to 600€.
According to the TSA (Transportation Security Administration), you can carry butane or Zippo lighters in carry-on luggage. However, butane torch lighters (blue flame lighters/jet flame lighters) are prohibited items in the cabin under TSA security rules.

If you are carrying a lighter in your pocket it must stay there. It is understandable why airlines are wary of lighters and flammables. The Department of Transportation (DOT) has set standards for cases in which lighters can be kept safely for air travel.

Lighters with fuel are generally not allowed in checked baggage, but if you put these in a DOT approved cases, these are permitted, but maximum two lighters.

Following the rule, one can easily pack lighters, matches, and cigarettes without worrying about facing any consequences.

But, by stating that it also means, it depends on the country you’re flying to or from. Also, check with the airline you’re boarding. The cigarette lighters that you use every day is also permitted. You may take a regular cigarette lighter such as a clipper lighter.

Guns or other weapons look-a-like lighters are prohibited. There are some rules led by the DOT regarding the layout of lighters that you can carry. The rules differ for both carry-on bags as well as checked luggage.

According to TSA, lighter fuel or refills are strictly prohibited on the plane. It’s better to have just one fully fueled lighter with you, to avoid such hassle.

Note: Torch lighter, plasma lighter, electronic lighters, e-lighters, and arc lighters are not allowed to carry on the plane.

Can you bring matches on a plane? 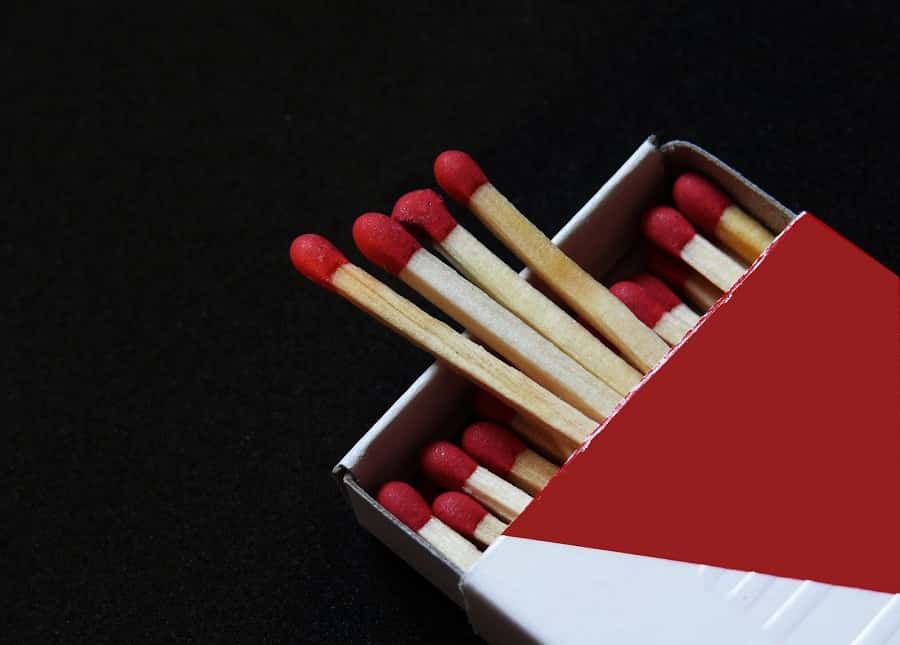 For carrying matches on the plane, the scenario gets easier as there’s no risk in bringing them along with you. Though, according to TSA, matches are permitted in carry-on bags only. But there are some restrictions to it.

The airport security may indulge you in questions like having the need to bring matches on a plane. When planning to pack matches, do categorize the type of matches you’re bringing.

Mostly, there are two types of matches.

For the same reason, they are also called as Strike-anywhere matches. Thus, friction matches are prohibited on the plane.

These type of matches uses red phosphorus, which isn’t prone to combust in the same manner as phosphorus sesquisulfide. The matches need to be lit by on a specific surface, strictly. These matches are safer and more stable compared to strike-anywhere matches.

Now, let’s view which matches are allowed in hand luggage and checked luggage.

☑ According to TSA, only one box of safety matches is permitted in a carry-on.

☑ Do not try to pack more than the given instruction.

☑ Do not remove them out or use them while you’re aboard.

☑ Safety matches can be stowed in your carry-on bags, as they are permitted.

☑ Strike-anywhere are strictly not permitted.

Why matches are restricted in checked baggage?

There’s only one reason as to why matches are not permitted in checked baggage.

As checked bags are often tightly packed, having stowed matches in it could easily ignite them. It might cause a fire, and also lead you to unsafe consequences.

Can you bring cigarettes on a plane?

It’s permitted for you to carry cigarettes on the plane. Cigarettes are permitted in carry-on bags as well as checked luggage.

Though it may vary according to the airline you’re boarding and also the country you’re flying to or from. Before starting with the rules, do note:

Smoking is strictly prohibited on the plane.

For carrying cigarettes, note that each country has a limit on the number of cigarettes you’re allowed to bring into the country. Pack them according to the rule, whether for an international flight or a domestic flight.

If flying to the US from any other country, note that only 200 cigarettes are permitted for you to bring on the plane.

Thus you may carry a Carton of Cigarettes which has 200 cigarettes.

☑ E-cigarettes and vapes are only permitted in a carry-on bags.

☑ Cigars are permitted in hand luggage as well as in checked luggage.

☑ Remember, you are restricted to use all these items while you’re aboard.

Generally, all the rules mentioned in this article are approved under the TSA and FAA. These rules provide safety to you and also prevent fire.

Following these rules would avoid you from landing in trouble. Hopefully, with these rules and information, we’ve solved your queries.

If you have any questions on TSA’s liquids rule, you may read our article on “How much liquid can you take on the plane?”

Why is my flight delayed

If you’re a frequent flyer, chances are you must have faced a flight delay at least once in your life. If you have faced such mishaps, you could be entitled to flight delay compensation under EU law. It’s not like the airlines don’t have...

When it comes to the world, the place is one of the most beautiful arena’s. The most amazing places in the world allow you to set out your foot in the world to enjoy the view of the world. In this blog, we have brought for you the top 10... 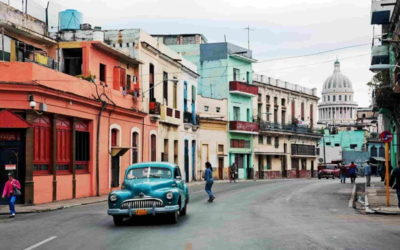 Taking vacations should be a worthwhile experience, without sacrificing too much for it. As you know, finding vacation ideas can be frustrating. It takes hours of time-consuming research to find the best countries to travel, best hotel,...