ClaimFlights » Why are so many flights delayed today?

Why are so many flights delayed today? 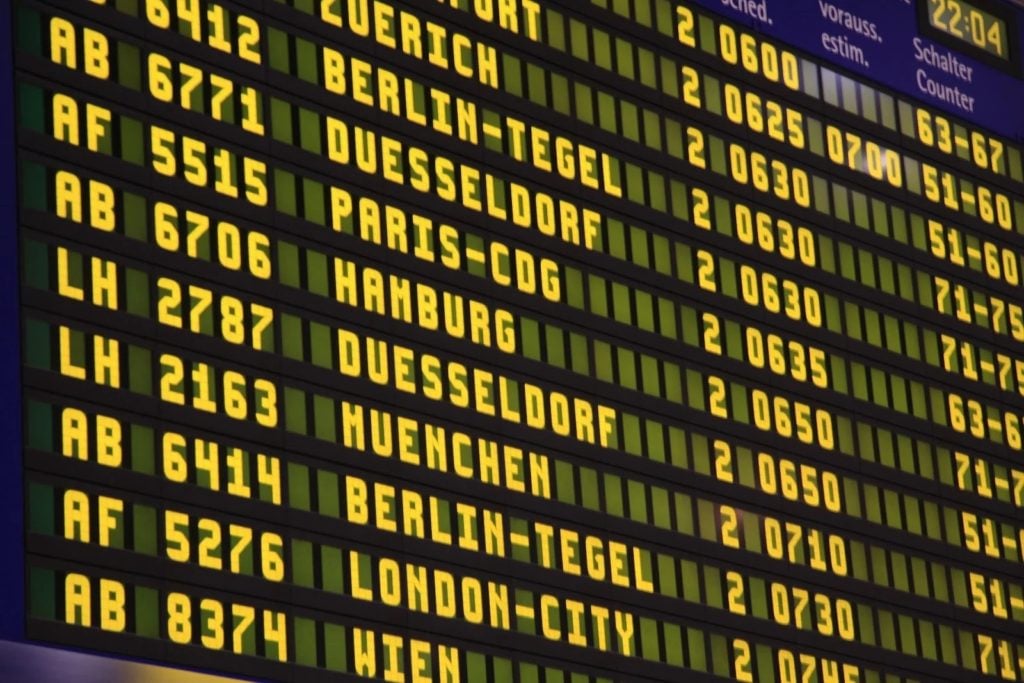 Why is my flight delayed?

If you’re a frequent traveler, chances are you must have faced a flight delay at least once in your life.

If you have faced such mishaps, you could be entitled to flight delay compensation under EU law.

It’s not like the airlines don’t have a maintenance budget for planes or short pilots.

The truth is that many times it is beyond anyone’s ability to do anything.

In this article, we look at the major reasons “why flights are delayed” and, as U.S. citizens, what you can do about such consequences.

Why are flights delayed?

Airlines have broad categories for delayed flights. Usually, they prefer to keep it discreet and avoid giving details for the delay to the passengers.

There are several reasons why they do that.

For instance, if they tell flight passengers that the delay is because the pilot is late, it will irritate the passengers.

This is why they mostly use the term ‘operational reasons.’

However, airlines are obligated to report it to the BTS (Bureau of Transport Statistics). You can check here the reason for any delayed flight (domestic and international) since 2003.

There are five broad categories that the airlines officially categorize a delay;

Interestingly, according to the BTS, most flight delays are caused by airlines, while the least number of delays are due to poor weather conditions.

Note: Delays due to maintenance might take up a few hours, but weather-related delays can last up to days.

Usually, when you try to find the reason for flight delays, you get vague responses like “operational reasons” or “technical reasons.”

Some of these reasons are;

On average, 8 million passengers fly every day. That’s over 3 billion a year. And cities like New York, London, and Paris have the most realistic air traffic. It shouldn’t be surprising if your flight gets canceled once in a while.

Flight delays are a given in such immense air traffic, especially for longer flights since these are subjected to stricter regulations.

Airport equipment such as radar is crucial for the movement of planes. Not all parts of the world have airport tech as of the US and Europe.

Sometimes, to ensure safe landing and take off, less wealthy airports take up more time than usual. And one delayed flight can cause a chain reaction of delayed or canceled flights.

An event like this falls under extraordinary circumstances. The airline is not responsible for such delays.

It’s the most frequent reason for flight delays. However, try not to be too judgemental. As annoying as this excuse of ‘technical problems’ is, such a delay might even save your life.

Suppose an airline is taking up time to double-check the aircraft’s condition. More power to them because the alternative is dark and full of terrors.

Yes, we have much more advanced technology in the 21st century, but technical defects happen.

Whenever there is such a technical issue, it needs to be rectified and adequately documented. Strict protocols need to be followed, which might take up time and cause delays.

Regardless, the maintenance of planes needs to be efficient. The airline is responsible for it.

(Interestingly, Southwest Airlines had classified mechanical errors as an ‘Act of God’ in their contract of carriage, ridding them of related liabilities. But, when this news became public, the airline had to clarify that mechanical difficulties referred to air traffic control problems, which are beyond the airline’s control.)

Airlines follow protocols that ensure that their crew gets plenty of rest before each flight. This is crucial for everyone’s safety.

Naturally, sometimes the crew is short, and some members fill in for others. After back-to-back flights, the airline might need to rest them to save them from exhaustion.

Remember, the margin for error is minimal in aviation operations.

When you hear the airport announcer calling someone’s name for the fifth time, the airport staff hates it as much as you do but they have to follow protocol.

Sometimes, the luggage has been checked in, but its owner is missing. That’s a liability at the airport, to find the owner or unload the luggage. The airport staff is actually trying to help this person.

Talk about help, sometimes passengers face medical emergencies, which can create serious problems for everyone involved. The crew has to handle such situations which can cause flight delays.

The general perception is that snowy winters are the main culprit of weather-related flight delays. But the reality is that there are more flight delays in summers than in winters.

There are more Google searches for “Why is my flight delayed?” in Summers than in any other season.

Let’s see why that’s the case;

Mention flight delay to someone due to extreme weather, and pictures of hail, snow, and fog immediately come to mind.

Although less frequent than summer-related delays they do happen because of;

1. Airline Snow: Airport runway is considered contaminated when there’s standing water, snow, ice, or slush, which needs to be cleared before landing or takeoff. Otherwise, while landing or taking off, the plane could lose traction, which leads to aquaplaning/hydroplaning. A small snowstorm without any accumulation is generally not an issue. But if an airport does not typically deal with clearing snow, then even a mild storm can cause delays. Also, thunderstorms and blizzards can cause visibility problems. Irrespective of the airport’s preparation, a delay is usually imminent.

2. High Wind: Even when it’s not snowing, high winds can cause pilots’ visibility problems. Crosswinds during flights are generally not a problem but landing and take off are riskier; airlines might have to cancel or delay flights if snow is drifting or blowing. High winds usually don’t cause delays, but if there is ice on the tarmac, these winds can be dangerous, which may cause tarmac delays. And lastly, the strong winter winds called the ‘bomb cyclone’ are powerful enough to cause extreme turbulence, which causes flight delays.

3. Aircraft Icing: Ice can form on the plane, which can create mechanical problems. Smaller planes are prone to such problems. Ice formed on airplanes’ wings, and the windshield is a serious problem and needs to be addressed, hence the flight delays.

What should you do when your flight is delayed?

The majority of air travelers are unaware that they have certain “air passenger rights” and privileges, they can use when such a mishap occurs.

In an apples-to-apples comparison between E.U. and U.S., EU air passengers have more privileges.

For instance, if a flight is delayed in Europe for more than three hours, the passengers are entitled to delayed flight compensation.

If the same happens to a domestic flight in the US, you cannot claim compensation. However, if the delay is unusually long, you might ask the airline for free meals or even a hotel stay if there’s an overnight delay.

But bear in mind that the law does not obligate them to do so. They are required, however, to update the flight status within 30 minutes (or sooner) after becoming aware of the delay.

Refund is a Grey Area in the U.S.

What if your flight is significantly delayed?

According to the U.S. DOT (Department of Transportation), you might be eligible for a refund, including all paid fees such as baggage fees or seat upgrades if the delay is unusually long.

However, DOT has not defined a ‘significant delay.’ DOT determines if a request is eligible for a full refund on a case-by-case basis, after checking the duration of delay, the passenger’s circumstances, etc.

There are certain conditions when the U.S. passengers can claim compensation for an international flight.
For example, if your flight is delayed for more than three hours due to an airline’s fault while flying from New York (or anywhere in the world) to Paris (or any EU airport), with Lufthansa (or an EU regulated airline), you are eligible for compensation of up to 600€ (i.e., about $700), the same way as European passengers do.

To claim flight delay compensation, you may reach out directly to the airlines’ customer service or the travel company you booked your ticket with, or any claim company (probably for a fee).

Before asking for compensation, check the amount that you can claim.

Search in Google for Flight Delay Compensation Calculator click any one result. Enter your flight no. and flight date, and within 2 to 3 minutes, you can find your compensation amount to claim.

I hope you enjoyed the article on “Why so many flights are delayed today?” 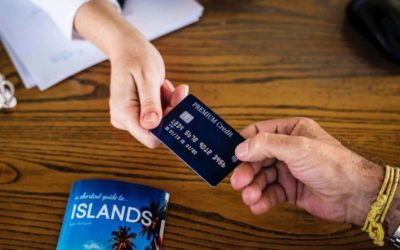 Travel credit cards offer a remarkable opportunity to win free points and rewards that can be recouped for airfares, hotel discounts, or genuine cash. In the race to get customers credit cards, issuing associations team up with various...

END_OF_DOCUMENT_TOKEN_TO_BE_REPLACED 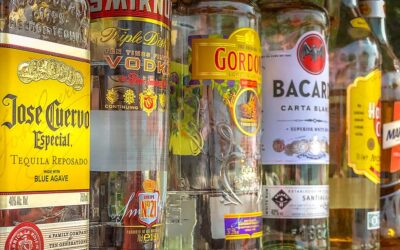 Can you bring alcohol on a plane?

Planning on meeting your friends or loved ones overseas for an occasion, having a bottle of alcohol is a must thing to bring. But wondering, “Can you take alcohol on a plane?”. You need not worry about that. The answer to your query is a...

END_OF_DOCUMENT_TOKEN_TO_BE_REPLACED 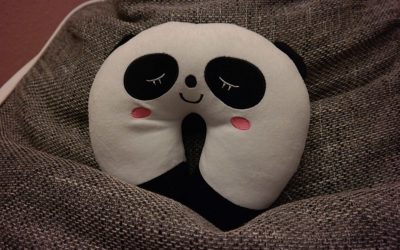 Finding the best travel neck pillows that meet all our needs can be challenging. There are many types of shapes and materials. Here you will find some of the different kinds and brands that are available in the market.Why use a neck...